All timings are subject to change.

After a year Impact Festival is back with a big style!

Four editions of Impact Festival took place in Warsaw and Łódź. Now is time for south of Poland. The 5th edition will take place at TAURON Arena Kraków.

Linkin Park is a Grammy-Award-winning rock band, comprised of co-lead vocalist, Chester Bennington, drummer/percussionist, Rob Bourdon, guitarist Brad Delson, bassist Dave ‘Phoenix’ Farrell, DJ programmer Joe Hahn and Mike Shinoda – co lead vocals, keyboards, guitar. Hailing from southern California, the band burst onto the scene in 2000, with their first album, Hybrid Theory – the biggest selling debut in the 21st century, selling over 19 million copies worldwide. In the span of time since 2000, when Linkin Park debuted on the Billboard 200 – no other artist has had more top 10 singles on the Alternative chart, and no other band has achieved more consecutive #1 albums this century.

With over 50 million albums sold worldwide, and platinum album sales in 34 countries and 5 continents, Linkin Park’s massive multi-cultural and worldwide devoted fanbase has made them one of the most popular bands in Asia, Europe and South America. The band’s latest and sixth studio album, The Hunting Party, reached #1 in the iTunes store of 67 different countries. They have sold out stadiums around the world, and headlined some of the biggest music festivals including Download, Reading and Leeds in the UK, Rock in Rio in Portugal, and Summer Sonic in Japan. In 2015, Linkin Park became the first western rock band to play a 5 stadium tour in China.

Embracing technology and social media since day one, Linkin Park is currently the biggest band on Facebook and one of the most popular on YouTube.

Linkin Park is currently in the studio working on their seventh studio album for Warner Brothers Records.  We hope they will release it before they come to Poland so we’ll have the opportunity to listen to the brand new songs live on Impact Festival stage!

SYSTEM OF A DOWN

System of a down were formed in the middle of ‘90s in the South of California. Aerials, Toxicity, A.T.W.A., Chop Suey!, B.Y.O.B. – these are just a few of the biggest hits of the band, and the last one received a Grammy Award for Best Hard Rock Performance.
The Band released 5 studio albums. The first one, simply System Of A Down, was out in 1998. It was well received both by fans and critics- in USA achieved platinum, in Canada gold. Next were Toxicity and Steal This Album! The last to albums are Mezmerize i Hypnotize – both from 2005.

Let’s don’t forget that  SOAD concert at ATLAS ARENA in Łódź was sold out rapidly. The band gave an amazing gig and since then fans are waiting for more!

After three years they are coming back to Poland. During next visit in Poland they will show you the real craziness!

One of the most distinctive representatives of the Young Generation of American hip hop was born in Texas but raised in the Cleveland suburb of Shaker Heights. The unabashed and energetic gladiator MGK became the first rapper in history to win the Apollo’s talent show. He cooperated with French Montana, Pusha T, Meek Mill and Wiz Khalifa.

The ability to seamlessly blend Hip-Hop and Rock genres has become Machine Gun Kelly’s signature style with numerous Punk and Rap Influences detected amongst the startling beats and prose. “My punk influences blend into my raps and a lot of it is in my raspy, grungy voice,” he says. “Punk also gave me a different writing style, I use more words and it taught me to put my views into my subject matter.”

His last album General Admission released in 2015 peaked at number four on the Billboard 200 and topped the R&B/Hip-Hop Albums chart. MGK released the “Bad Things” single in 2016 (the duet with ex-Fifth Harmony member Camila Cabello) which is a teaser for his new album planned to be released this year.

Swedish rock band from Malmö. Their first album from 2010 „We Are The Royal” has raised great reviews among the critics. The British rock magazine „Kerrang!” named the sound of the album as „the fusion of The Hives” energy and catchiness of Rancid’s”. The single  „Tommy-Gun” fast became a worldwide hit and rocketed to #1 on the MTV Rock Chart. In 2012 the band recorded the second album „Save the Nation”, which included another hit  „Everybody Wants To Be An Astronaut”.

In 2016 the band released their new album titled „Weekend Man”. The album contains a composition of energy, dynamic songs, typical for Royal Republic which are perfect for live performances!

Royal Republic shows? Who had a chance to see them live in Stodoła last November will say with no doubt: charisma, expression and madness!

They won the hearts of Polish audience while supporting Skillet on two sold-out shows in Warsaw and Cracow last year. And how it all started…?

Through tireless gigging, they built up an impressive local fan base, soon attracting the attention of multiple labels. Razor & Tie rushed to Akron in the Fall of 2014 and signed the band following a sold out hometown show.

“I guess we played well that night,” chuckles singer and guitarist  Mike. The band headed to Los Angeles shortly after to cut Polyester Zeal with celebrated producer Bob Marlette [Black Sabbath, Shinedown, Seether]. “Bob helped us execute creating the record we wanted to make for a long time,” adds the frontman. “He knew how to achieve it. His philosophy was, ‘You guys have all the colors to paint the perfect picture. I’m just going to show you how to use them.’ That was cool.”

Polyester Zeal established Red Sun Rising’s place in rock – do they reserve it? Check it out in June!

After releasing his debut album Pistolet he disappeared from the stage foreground. He developed his musical skills and gained experience. At this time he performed with Nosowska, HEY, Muchy and BRODKA. In 2013 he returned with his author’s album titled  “ZELIG”.

He currently promotes his last album „ZŁOTO” being a great example of the following trend: „less means better = what is quiet and subtle, often sounds louder than the loudest guitars”. However, you are wrong if you expect to hear ballads only there. The album is dominated by dynamic numbers or even wild. Comparing to the previous album: arrangements were simplified and sound is more organic.

Please check the date on your ticket and please attend the show on the right day.
ONLY RED / BLUE packages allow admission on both days: 15 and June 17, 2017 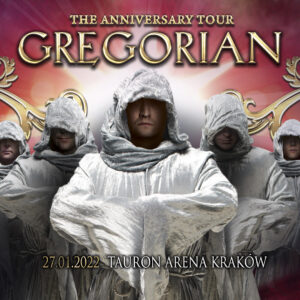 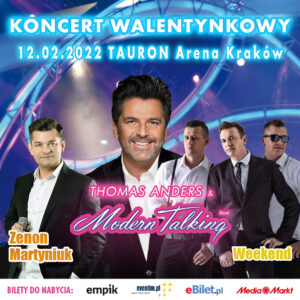 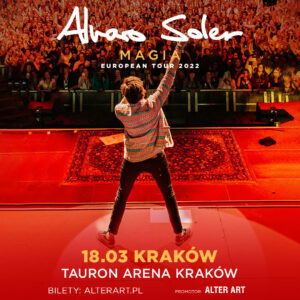 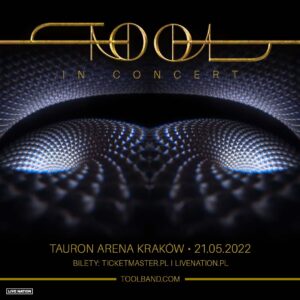 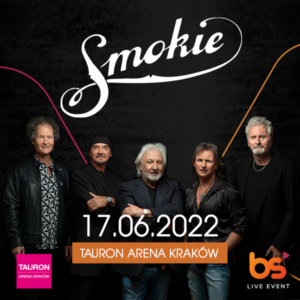 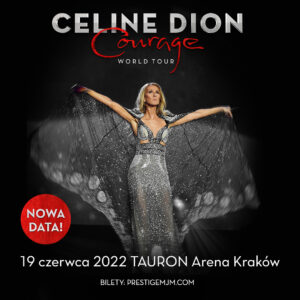 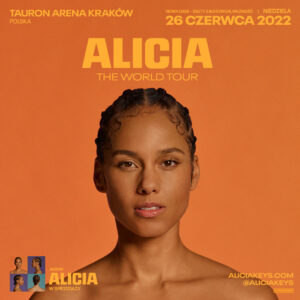 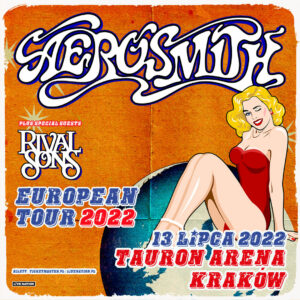